Some of the materials included in our collection are photographs, newspapers and magazines, oral histories, school yearbooks, and local business and city documents and directories.

If you would like to know more about our collection or if you would like to view some of the materials we have available or even schedule a visit, please contact the Reference & Local History, Sheena Santos, at (909) 931-4322 for more information. 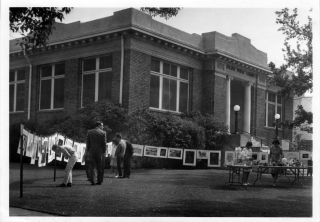 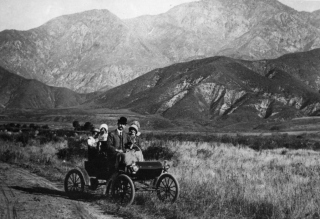 Edna Swan Photograph Collection – Edna Swan owned and operated a photography studio and music store in Upland. For over 40 years, she photographed the people and places in and around Upland.

A 3 year project in collaboration with The Claremont Colleges Library, A.K. Smiley Public Library, Upland Public Library, The Ontario City Library, CSU Northridge Oviatt Library, CSU San Bernardino Water Resources Institute, and the National Archives and Records Administration at Riverside to digitize materials related to the history of water, specifically in Southern California, and its impact on development. The project is funded by the Andrew W. Mellon Foundation, administered through the Council on Library and Information Resources (CLIR), and the project is being managed by The Claremont Colleges Library. The collection contains documents, maps, correspondence, photographs, and other materials from all seven contributing institutions. The database is available to all with Internet access, and is a work in progress. Please check back frequently for new additions.

The Upland News was founded in 1901 as The North Ontario News. Before incorporation in 1906, Upland was the northern section of the Chaffey Brothers' Model Irrigation Colony of Ontario. This newspaper provided residents with the local news and events of their community. The Upland News provides a historical look at the changes of a California citrus community during the 20th century and includes primary source information about local water, water rights, and water privileges. Source material provided by the California Newspaper Microfilm Archive in conjunction with the Upland Public Library.

California Revealed is a State Library-funded initiative to help California’s public libraries, in partnership with other local heritage groups, digitize, preserve, and serve online historically significant Californiana (e.g., books, documents, audiovisual recordings). Participating organizations identify and select from their collections, create discovery metadata for the selected materials, and send materials to the California Revealed Project team located at the State Library in Sacramento . To date, more than 200 California libraries, archives, and museums are participating in the project.

Looking into the past: Time is a concept that, prior to photography, was nearly too abstract to document in a concrete manner. However, now that we can take pictures of everything, we are able to witness the passage of time in a truly powerful way.

That’s what makes these “then and now” photos so striking. The passage of time is one of the few sure things in life, but it will still never cease to amaze you — especially when you see it like this.

The Upland Library is proud to offer Archives Unbound! The unique historical collections include primary source materials covering a vast array of subject areas. Explore topics such as Regional and Local History, American History, Women's Studies, or Cinema Studies. With more than 280 archives and over 14 million pages, these free resources are excellent for research.

These historical documents can be printed, emailed, and citations can be created for student research papers.

Travel Back in Time with Google Maps

Ever wanted to travel back in time? Well, the Upland Public Library presents some of its historic photograph collection using Google Maps. The photograph collection consist of image of Upland, California beginning in the late 1800’s. The images document the early days of the citrus industry; and residential, commercial and public buildings.

The collection is housed at Upland Public Library; please contact the reference desk at (909) 931-4205 for information about access to the collection.

We are currently in the process of digitizing more of our collection to be available digitally and online via the California Audiovisual Preservation Project (CAVPP) / California Light and Sound, and California Revealed.

In the meantime, our historic photograph collection is available via the Online Archive of California.

To see their current collection of digitized content on California Light and Sound, you can view it here.

To view our collection of digitized historical photographs on the University of California's Calisphere, you can click here. 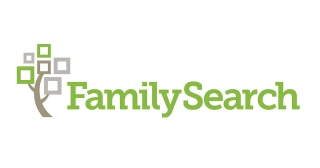 To start your research with the Family Search Database, click here.

Upland's oldest civic building, the Old Carnegie Library is adjacent to two other historic civic buildings, the old Upland Firehouse and the former City Hall. It’s also located across the street from the Upland Library and Upland City Hall as we know it today. The Classical Revival brick building is set back from the street at the northwest corner of D Street and First Avenue. To build a library in Upland, residents and officials reached out to apply for a grant and received Carnegie funding of $10,000 which was granted in 1911. The library opened in 1913 with Los Angeles architect Homer Glidden designing the building. The contractor, John Gerry, constructed many buildings in Ontario and Upland and is considered important in the development of the community. The building served as a library until 1969, when the library moved to a new building. The City of Upland still owns the building, which it rents to the public for community events.

The current library is housed at 450 N. Euclid, only a stone’s throw away from the Carnegie. The city began making moves to build a new library in the late 1960’s’.  The groundbreaking ceremony was held in December of 1967 and the library was completed in 1968, although it wasn’t open to the public until 1969.   The structure is 24,000 square feet and is architecturaly varied, with many striking features. Most obvious are the large arches that appear inside and outside the building. In July 2014 Upland Public Library came under contract with Library Systems & Services, a privately owned company that now operates UPL.

In 1911, the citizens of Upland created a volunteer fire department with F.H. Manker named as the Fire Chief. The first recorded piece of apparatus was a hose cart that was pulled by the first available personnel. In 1913, the first serious fire to occur in the new community destroyed all the businesses on the East side of Second Avenue South of Ninth Street. This fire generated interest in further protecting the community, and in 1915 the fire station on D Street was built. The first motorized fire engine was purchased at this time. In 2017 Upland Fire department dissolved and became a part of San Bernardino county fire district.

Madonna of the Trail

The Upland Madonna of the Trail is one of 12 identical monuments scattered around the United States, from Cumberland, Maryland at the most eastern and Upland, California at the most western, that mark the westward expansion of the country. In 1911 the National Society Daughters of the American Revolution Established a National Old Trail Roads Committee. They then turned their attention to erecting monuments to acknowledge women’s fears, hopes, and strengths during a difficult journey. The Madonna’s symbolize women who forged ahead and left the security of their homes seeking a better life for themselves and for their families. Each are placed at a historically significant location in terms of trails and terminuses going west, althought they do not all face the westerly direction. The Upland monument faces south and is located on historic Euclid Avenue, and is recognized on the National Registry of Historic Places, one of only two Madonna’s of the Trail to be so recognized. Officially dedicated on February 1st, 1929, it was the second to last monument dedicated, with the first being in July 1928 and the last to be in April 1929.

Located on the corner of Euclid and Arrow Hwy and built in thr 1930’s, the Mission Bell of Upland serves as both a commermorative monument to the El Camino Real trail and as a servicable marker for those looking for the way to the San Gabriel Mission  back in the early 20th century. The El Camino Real trail is a trail that lead travelers to various missions and would in time due to its well worn path help to service as the foundation for Highway 101.